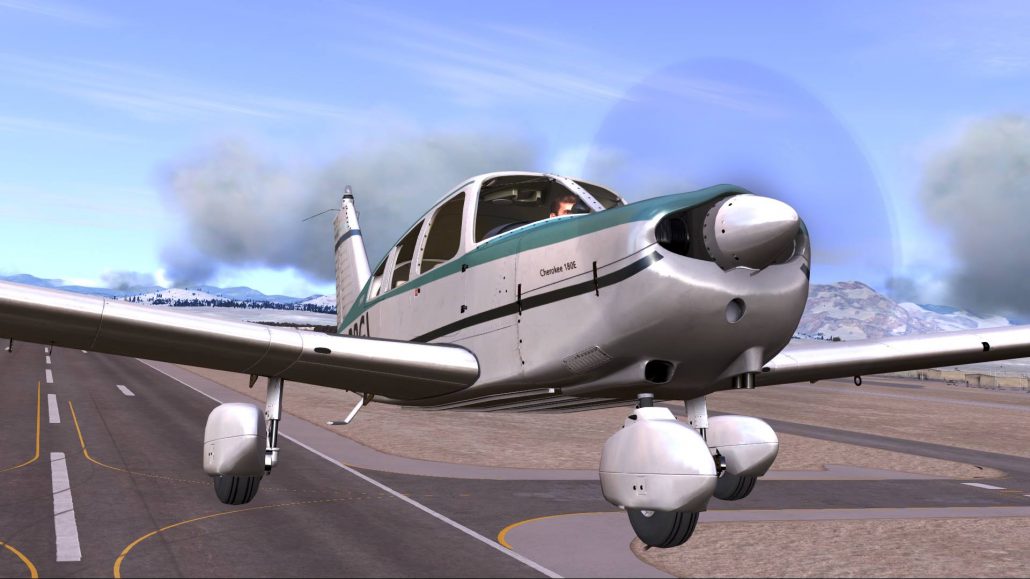 I summed up what we know and what we can presume on DTG Flight School based on the official news releases, interviews, several discussions on Avsim, DTG screenshots and movies.

Contents of the sim

Lessons will be divided between two courses – LAPL (Light aircraft pilot licence) and PPL (Private Pilot Licence). LAPL will take 5 lessons to complete and PPL will consist of 8 lessons. There will be night lessons too. It is not clear from the discussion if they are included in PPL or separate). The total number of lessons will be 15 (when the product is released, new lessons will be added later). The first lesson of each course has to be completed, then pilot can choose which lesson of that course he wishes to fly next.

Some time after the initial release a Diamond DA42 will be released together with additional lessons focused on operating a multi-engine aircraft.

There are 9 missions and a free flight mode.

When the sim is released it will include Piper Cherokee and Piper Super Cub. Some time after the initial release Diamond DA42 will be added as a free expansion. All those who preordered the Flight School will receive the DA42 60 days earlier than other customers.

This is an issue that caused some discussion and controversy when the DTG Flight School – Approach & Landing Lesson video was published. For some people the approach shown in this lesson was too low (I agree – I felt the same), but the student was not corrected. You may think it is wrong, but I am actually happy that DTG Flight School has made this lesson easy. Let me explain why. Some time ago I have made a video showing flying pattern. It actually required three patterns to point to all the factors that affect good landing and for a newbie pilot this video is totally confusing (it was meant for people who are already familiar with flight simulation and are trying to improve). If DTG chose similar approach to mine it wouldn’t do any good to newcomers.

In real world approach is flown at correct (safe) altitude mostly because if you are lower and something fails – you die. Actually – quite a lot of things in aviation are justified with “because otherwise you will die”. This is why before someone holds controls he (or she) has to sit for hours learning theory and only then is allowed to fly with an instructor who corrects mistakes.

In a sim we can not expect anyone to start with tens of hours of reading. This may come later (or will never come in some cases). At the beginning someone needs to show the newbie pilot how to land. And it does not matter if this pilot is too low or too high – because he will not die. He is perfectly safe in his home. Do not mind the crashed virtual Super Cub – it can be easily replaced.

This is why I actually hope that the training will be… easy. If you do not like the word “easy” you can think of “accessible to someone who holds controls for the first time, without taking theoretical course earlier”.

Based on the screenshots and my tests in FSX I can see that the scenery looks very much like the FSX with ORBX FTX Global Base. The images of London and surroundings of Waltham Flying Club are very close to what I get in my FSX with such configuration (with Vector and openLC disabled).

Two airports where shown on screenshots and videos. Both are designed for the Flight School and have nothing in common with the default FSX airports.

From what we could see in Approach video – the improved airport scenery includes the closes surroundings of the airport (look closely – the scenery is distinctively different from a usuall Global).

Sky and clouds are the the most visible change compared to FSX. I think that there is also a change in how visibility is rendered. It seems better than in FSX, but I will elaborate on this in the next part.

This was a subject of my previous posts and also a subject of discussions on sim-related forums. What is the visual quality and performance of the new sim?

The screenshots and videos that are currently available show stutters (mostly in DTG Flight School – WORLD TOUR video), blurry textures (London is blurry compared with what I get in FSX from the same angle and looking at the same scenery). Autogen density on some of the screenshots (London once again) is lower than what I expect in my FSX (unless I am on a frame-rate heavy scenery).

On the other hand – some screenshots and videos show nice shadows and with DX11 we should expect them to be much better than before (in FSX). This is (strangely) the case of London-screenshots. Blurry as they are – they seem to show lower visibility and this is quite nice actually.

I have mixed feelings about the planes. When the wire-meshes were shown in one of the video interviews – I was excited on how detailed they were (compared to default FSX planes). But when I look at screenshots – some of them show great visuals and some seem over-sharpened or lack a proper anti-aliasing. Approach video shows blurry texts in cockpit and almost unreadable compass.

This is what I actually do not understand about this product launch. I have been running fsx-related blog for 5 years (CalypteAviation.com) and I have seen countless product releases and they had one thing in common – the promo videos and screenshots were perfect. The product could be mediocre but someone on the team would look for alluring angles to take screenshots, or moved the camera from one attractive point to another without going through all the crappy details in between. I have seen FPS killer sceneries that were shown on a perfectly smooth videos. And all this with maxed-out settings.

This is different. I feel like we see some random screenshots and videos taken on a low-end PC. And that makes me worried because I really root for this developer and I hope that DTG Flight School will sell well and then the DTG Flight Sim will follow.

Again – the way DTG Flight School is promoted makes me worried. The screenshots just can not be compared to fancy FSX or P3D images that are all over the web. FSX and P3D videos are in a different league. The choice of the lesson shown… is symptomatic. Yes – I said I have nothing against a sim that calls this a good landing. But at the same time – I have everything against showing such landing in a promo video. After such a video there will be comments. Unnecessary comments. Some of them unfriendly. This video just provokes a negative noise around the product.

The DTG Flight School is scheduled for release on May 24th. I hope we will see some sexy screenshots and videos as they finish up the last changes and improvements. 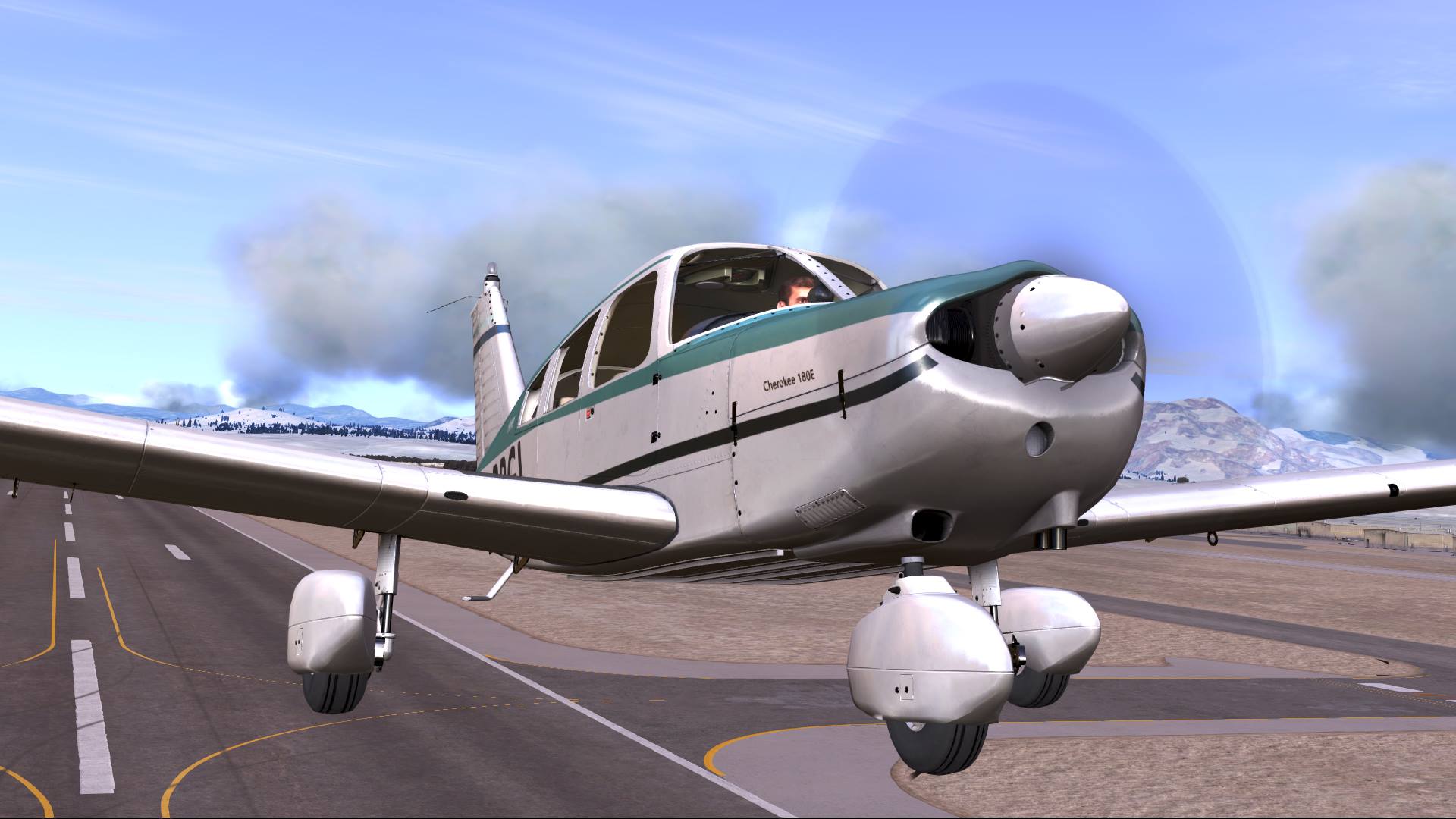 Article Name
DTG Flight School - summary of news #2
Description
What we know about DTG Flight School? PPL and LAPL courses. Night flying. 15 lessons. Flight School Locations. Scenery. Aircraft. Level of difficulty...
Author
Wojciech Przybylski
If you find this text interesting - share it with your friends!
Follow C-Aviation.net on Facebook.
If you like my reviews and tutorials - you can support this blog. 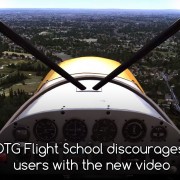