Beacon, navigation, strobes, landing and taxi lights, and also runway turnoff, wing, logo and formation lights. How to use them? When to turn them on and off?

If you are not sure whether to use “commercial planes” or “general aviation” list – use a common sense… and then use the list for commercial aircraft.

General Aviation (if the plane has this type of lights)

Position (nav) lights show your position and relative direction. When someone sees your green light – he knows that he is on your right and in front of you. Red light – on your left and forward. White light – behind you. As you can see on the screen above – it’s not that easy in FSX (red light should be invisible from this angle).

Navigation lights have to be turned on between sunset and sunrise during all operations (on the ground and in the air). You should also use them in bad weather (during the day). Seaplanes should use maritime rules when operating on the surface of water (they are similar to aviation rules in terms of lighting).

In case of commercial planes – navigation lights are in some cases turned on after electrical power up and stay on as long as the crew is on board (and of course during the flight). It’s not universal practice.

General aviation planes use nav lights mostly at night and in bad weather. Their nav lights are difficult to notice in daylight.

There are two kinds of anti-collision lights – red rotating or blinking beacons and white strobes.

They are mandatory at night. During the day – if a plane has anti-collision lights – they should be used.

Beacon warns everyone that the engine is (or soon will be) on. Turn it on before you start your engines and turn it off after you shut down all engines.

I suggest you read this text. Author suggest to leave Beacon switch flipped on all the time – the lamp will turn on when you switch battery or master and you will never forget to turn it on at the right moment.

During the night – always. In daytime – there it depends on a pilot (in general aviation planes). Commercial planes use them during the day.

When to turn strobes on? You should use them from the moment you enter the runway, through the flight until you leave the runway.

It’s a good airmanship to turn strobes on when crossing runways. Keep in mind that they can adversely affect vision of other pilots that are close (do not use them when taxiing).

You can turn off the anti-collision lights when in dense fog – their flashes may lower your visibility. 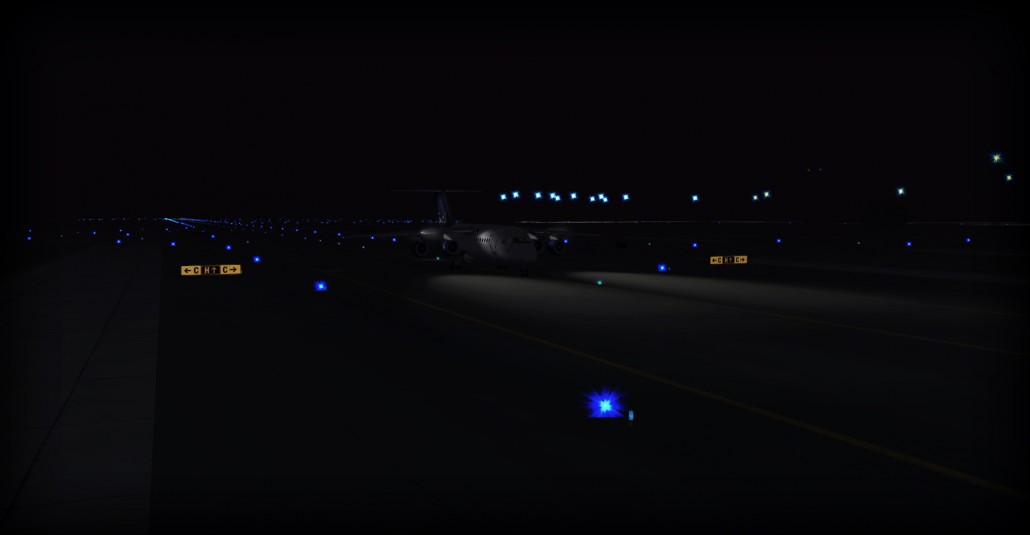 A bit of theory. High powered halogen or HID landing lights generate a lot of heat and they are easily damaged. That is why you should not use them for prolonged time on the ground (when passing air is not cooling them appropriately). In GA planes they also tend to have short live span.

Rules… there are no rules – but some procedures may apply to you.

In commercial planes landing lights use is specified by the airline SOPs. Usually commercial pilots turn their landing lights on when taking off (when lined up the runway and when they have clearance for takeoff) and when airborne below 10,000ft. On arrival – landing lights are turned on when aircraft passes 10,000ft and they stay on until runway is vacated.

Some airlines use a different altitude (5,000ft for small aircraft for example).

Additionally – airliners usually have several landing lights. Some will use flashing landing lights at altitude and continuous on final approach. They will also use only some lights when higher and turn remaining lights on when cleared for landing (or when gear is extended).

SOP vary in terms of when the landing lights are activated on runway. Some say that you need to use landing lights as soon as you line up the runway, some even say that you should use landing lights when crossing active runway. Others suggest to turn the lights on only when you are cleared for takeoff. Good judgement is useful here – keep in mind that you use this lights to show others your position and that they can strongly affect vision of other pilots in your area.

General aviation pilots should consider light bulbs lifetime in their planes. I’ve read about planes that required new bulbs every 10 hours (a case of strong engine vibrations – after 50 hours the light was moved), or every 50h or every 2 years… It depends on the light type and on the way how it’s mounted.

The other think you need to consider is “who will see me”. It’s cessna’s light – not a 777’s. No one will see it unless he is really close to you. So it doesn’t make sense to keep your landing lights on when cruising at 7500ft.

On the other hand – it may help in congested airspace – especially in a crowded traffic pattern.

You should use landing lights when taking-off and landing at night (for obvious reasons – it’s good to see what’s in front of you on the runway).

In daytime turn on your lights on final.

Some small planes have a single landing light and no taxi lights. You can use this light to taxi – just keep in mind that you may temporarily blind someone who is looking at you…

Some aircraft feature retractable landing lights (737, C-130 and Spitfire come to my mind). This lights act as a poor-mans speedbrake. They can give you additional 200-300ft/min on descent.

Keep in mind that in some cases (C-130) there is a speed restriction for operating extended landing lights.

When approaching in bad visibility landing light may lower visibility from cockpit due to reflections in cloud in front of you.

They are similar to landing lights but less powerfull.

There are no rules but again – some procedures may apply.

Commercial pilots should always use taxi light when taxiing. It’s a good habit to turn of your taxi lights when holding short of another taxiway. I read a story of a pilot who was taxiing in front of 747 with taxi lights on. You can imagine how bright it was in his cockpit…

General aviation pilots use taxi lights to illuminate the taxiway.

On arrival – some airlines turn them on with landing lights, and other just before landing or on runway – bofer vacating. Turn them off at your stand.

I don’t think there is a GA plane equipped with turnoff lights.

Lights illuminating aircraft logo. Aircraft looks better this way… Ok – to be serious – it’s all about aircraft recognition on the ground. You should use logo lights when taxiing. That is a rule (American – I have no idea if you have to keep them on in Europe). According to SOPs you should use logo lights with your nav lights – with the exception of high altitude cruise.

They illuminate leading edge of each wing. Turn them on to check for ice.

Additionally – some SOPs order pilots to use them when entering runway (for better visibility). I read several discussions where it was strongly frowned upon because in congested airports it affects vision of pilots holding on taxiway behind the aircraft that lines up the runway.

One more use for them – some pilots use them to signal other aircraft.

Flight simulators (and especially add-ons like FS Passengers) tends to create some automated behaviors that have no sens or reason – just because someone said that you “have” to do something at specific point. FS Passenges will punish you for “wrong” use of aircraft lights just because it does not understand the difference between Cessna 172 and a Jumbo Jet…

When flying (even in FSX, P3D or XPlane) keep in mind that you are simulating the real world. And as in the real world you should use your common sense and adjust to the situation – use your lights so that people can see you – not just because someone said “you have to”. And don’t criticize anyone on forums or facebook just because he (or she) flew with some additional lights or without some “necessary” ones. As I described above – there are only few rules on lights. All the rest is described in SOPs or is left to pilots decision.

I fund a lot of valuable information at pprune.org. I would like also to thank pilots who were so kind to answer my questions.

Article Name
Aircraft lights - when to use?
Description
Beacon, navigation, strobes, landing and taxi lights, and also runway turnoff, wing, logo and formation lights. How to use them? When to turn them on and off?
Author
Wojciech Przybylski
If you find this text interesting - share it with your friends!
Follow C-Aviation.net on Facebook.
If you like my reviews and tutorials - you can support this blog.