Valdez – a good scenery, that did not charm me. It is a show of a great craftsmanship. But it lacks the unique magic of a real place. 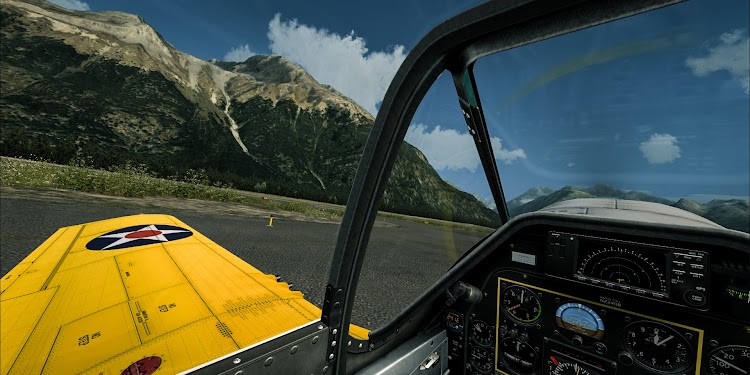 Valdez is on of few sceneries from ORBX, which is perfectly well crafted, but failed to charm me. Writing this review is hard for me because the developers did well – almost everything is crafted well or correctly or at least is okay. And at the same time, the scenery lacks some tiny details that would make it work for me. This bits of the real world that change the FSX (P3D) simulation into reality by creating a complex and full experience. I consider my rating – 4 stars – a fair one. But I cannot say that I recommend this scenery. At the same time – I certainly wouldn’t say that I caution you. Just read my review and decide for yourself if what I described will work for you.

I only associated Valdez with the oil spill in 1989. Exxon Valdez, an oil tanker, departed Valdez oil terminal and steamed to California. The third mate was in command. He was exhausted. In the past couple of years’ company reduced the crew of such tankers by half. Crews were working 12-14 hour shifts and it was not possible to keep 100% focus for such a time. Like each spring icebergs were spotted on the tankers route. Exxon promised to install iceberg warning system in the Prince William Sound, but the promises were not fulfilled. The crew could not use radar that would help find their way around the shoreline – the divide broke down a year before and was not repaired due to insufficient funds. Under such circumstances, the third mate had to navigate without much-needed aids. Changing course to the South (to avoid icebergs) he maneuvered dangerously close to the Bligh’s Reef where the waters there were too shallow for a tanker. The collision caused a spill. Tens of thousands of cubic meters of oils spilled into the bay. A couple of days later a strong storm carried the oil along the Alaskan shoreline. Until the Deepwater Horizon spill – this was the most serious ecological catastrophe in the U.S.

Oil is important to Valdez till this day. An oil pipeline carries oil from Prudhoe Bay on the northern shores of Alaska to Valdez – the closest ice-free port in the south.

Apart from the oil industry there is a significant fishing industryin Valdez. Tourism is also a growing business – sport fishing and heli-skiing is quite popular. 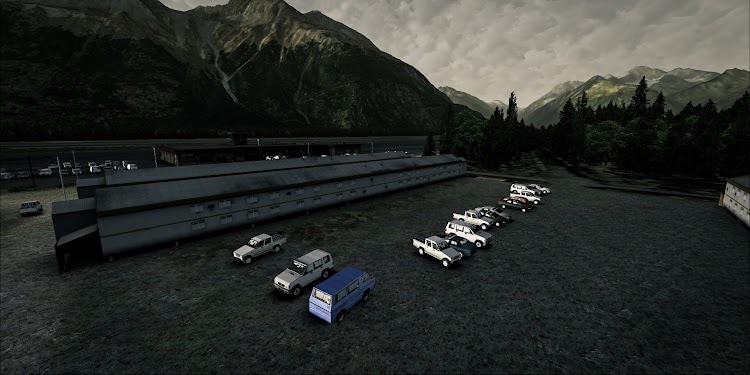 Scheduled flights to Anchorage are operated by Ravn Alaska. Annually there are 3800 Air Taxi operations, 2500 local GA flights and 2500 itinerant GA flights. Military flies to or from Valdez 500 times a year (I presume that most of those flights are related to the Coast Guard that has their station in Valdez; USCG Sea Hawks can be seen on photos from Valdez airport). 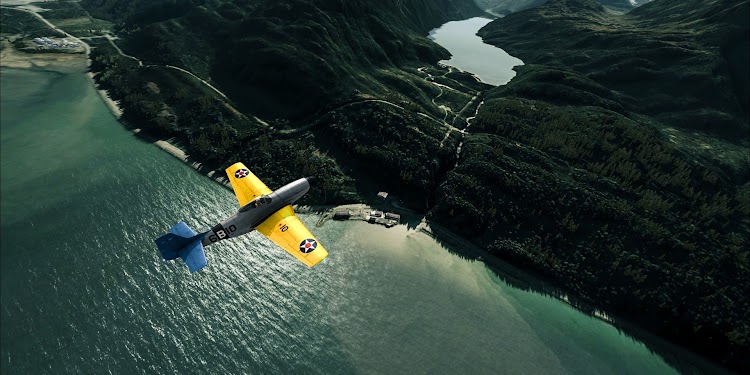 If you are interested in flying a scheduled route – Beech 1900 and the route to Anchorage will be perfect. In the seventies or eighties, Alaska Airlines flew Boeings 727s to Valdez so a small airliner will not be entirely out of place.

For scenic flights, I recommend small ga planes and helicopters. Apart from Anchorage there are two airports close by – Gulkana and Cordova. And many more in the range of a larger general aviation plane or a bizjet – if you like air taxi flights.

PAVD Valdez Pioneer Field is another Alaskan airport by ORBX – which makes it a great addition to FTX Southern Alaska and other airports of this region. The product is distributed through ORBX Direct system so the installation and updating is managed by FTX Central software. It comes at a price of $39,95 (australian).

It is ugly in here. That is my first impression at most Alaskan locations. The towns and airports located so far to the north require troublesome, time consuming and (most importantly) costly transport of anything you need to build so they build economically. It’s all so simple. Shabby. That is how the airport and all man-made structures in its vicinity look like. Airport terminal is just a boring boxy yellow building. Valdez Airport Mancamp – a long term accommodation facility for workers consists of a few long barracks. The scenery shows this shabbiness very well. The ugliest place of all is the Valdez Mobile Home Park – a meadow with some accomodation unit containers that had replaced the mobile-homes (if there were any in the past). Actually – this place looks much better in the scenery than in real life – developers places similarly looking containes in neet rows. In reality they are less organized and structured.

Ok. That was me complaining. Now let’s take a look up and admire the view. Once I took of from Valdez I climbed above the pristine bay surrounded by towering mountains. Green in spring and summer, white and icebound in winter – they are magnificient in their beauty. And I mean this about both – the real mountains and the mountains I saw in this scenery. It’s a perfect place for scenic flights. 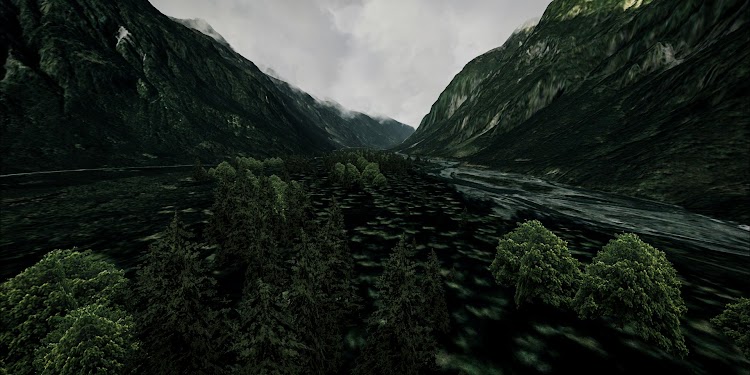 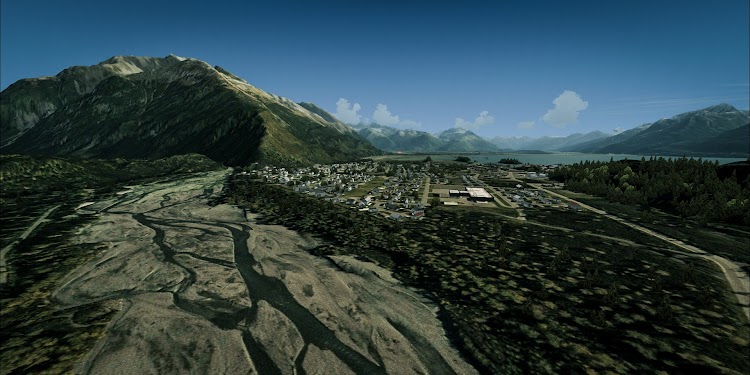 Four stars. Or slightly below four stars. Buildings (models) seem accurate. Textures could use a little improvement. Ground textures could be made in higher resolution or just sharpened. In case of buildings – the textures look oversaturated – like someone has overedited location photos. On the other hand – I like how the building textures show details – I could nearly read the name of the operation on the phone booth. Some roofs are correoded, and rusty stains are painted in a very convincing way.

I like small details on and around buildings. Benches, air conditioners and other clutter. I always emphasized that such objects are very important for me in a sim. Unfortunately – sometimes I feel that objects are scattered randomly. 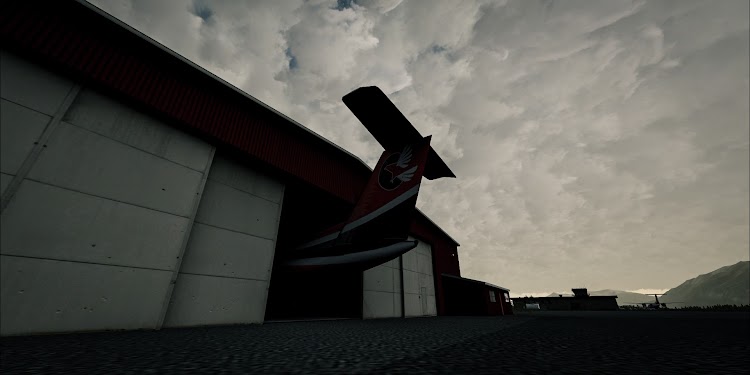 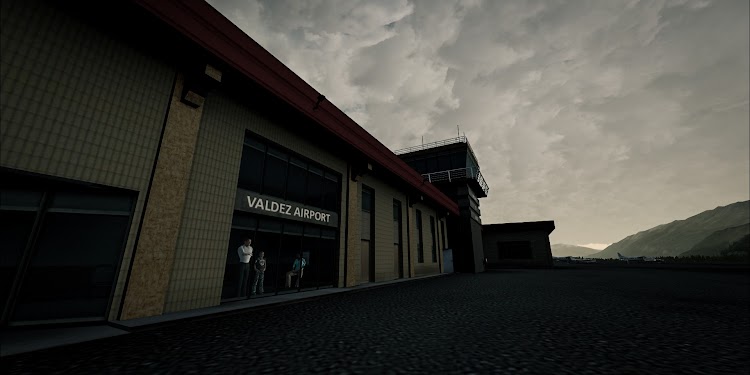 This randomness shows mostly when I am looking at planes. There are several – as I expected at such airport. I like this. And I like that they use ORBX plane models which are nicely modeled. The problem is that some of those planes do not fit in here. I noticed this on the fourth or the fifth landing – a Cessna in marked G-. That is a British registration number. After I noticed this I noticed other silly mistakes. One of the British Cessna appears at this airport twice! The same plane, the same numbers. And the helicopter is Austrian. Don’t get me wrong – I have nothing against using library models in such a scenery. They should be used if it helps make the scenery better. But a British Cessna cloned twice? Why didn’t they use any of the numerous planes ORBX used in their American sceneries?

Again – almost four stars. I love how ORBX generates vegetation in and around their sceneries. The forests are so dense, the grass is tall and impenetrable. Most developers could learn from them! And this is what I found here. The problem is – the evergreen coniferous forest around the airport is just wrong. There should be broad-leaved trees here. They should be colorful in autumn, sadly gray in winter and early spring and green in spring and summer. I would like to see this variety instead of the dense green wall of spruces. My feelings about the grass are similar. I don’t think I have ever seen such a tall grass on any photo taken in Valdez. Especially at the airport where they cultivate it. So I can appreciate the great talent of the person who developed such a grass for FSX/P3D but I don’t like the choice of grass in this particular scenery.

I like flying around this place. Piper Cub, a small Cessna or a helicopter are well suited for a scenic flight around this airport. Take them to the muddy estuary of Lowe river or to the Valdez lake to see the icebergs and shattered floe on its surface.

Go in direction of the open sea and you will first pass the Ammunition Island (container terminal) and the Valdez township. On the left (on the other shore) you will see the pipeline terminal with its numerous tanks storing oil for shipment in one of the tankers that will moor at the pier (one or two of several piers are modeled).

I like to town. When I fly over the Ammunition Island (container terminal) in a 737 I am quite satisfied, but I would like to see something more detailed when I fly lower in my Cub. The same could be repeated about the pipeline terminal. 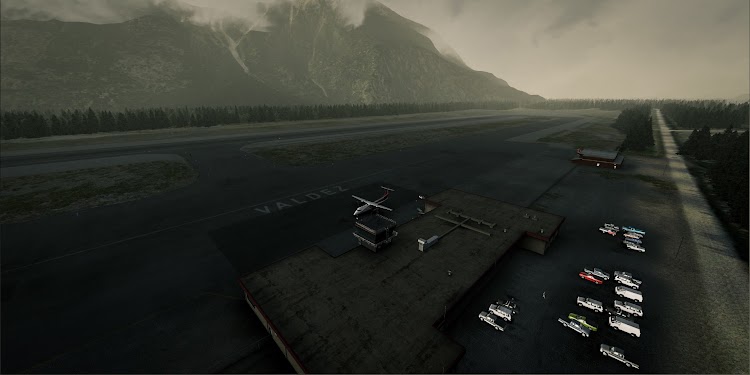 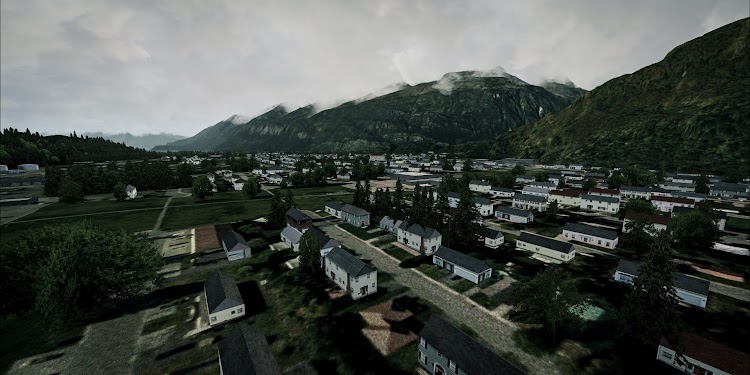 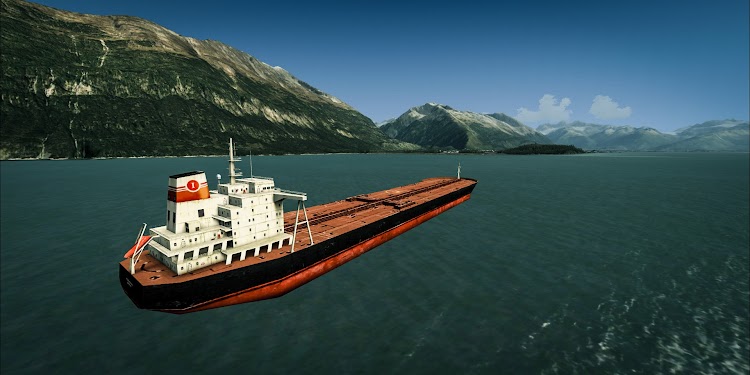 I spent several hours flying over this scenery. I have not once spotted a hiker, a bear or a raindeer.  Whales were a now show too. Sadly the manual does not give any hints as to where should I look for them.

I have found the cabin and the helipad, although not where I expected them.

The scenery will work well for the scenic flights around the bay and in the mountains surrounding Valdez. It’s an interesting destination for an airliner. For me – the more I flew over Valdez the more I felt that something is missing for me – these tiny details that I mentioned.

Summing it up – there are those sceneries that make me want to fly there for countless hours and those which are technically correct but still – I do not feel drawn to them. This is why when I want to fly over Alaska I will choose ORBX’s Juneau or Ketchikan instead of Valdez. 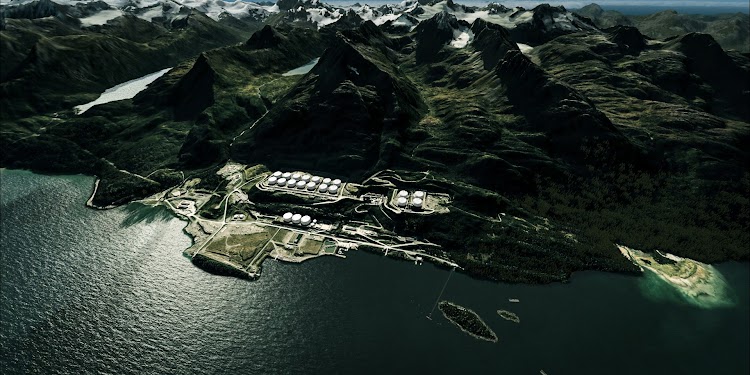 Valdez is on of few sceneries from ORBX, which is perfectly well crafted, but failed to charm me. Writing this review is hard for me because the developers did well – almost everything is crafted well or correctly or at least is okay. And at the same time the scenery lacks some tiny details that would make it work for me. This bits of the real world that change the FSX (P3D) simulation into reality by creating a complex and full experience. I consider my rating – 4 stars – a fair one. But I cannot say that I recommend this scenery. At the same time – I cairtainly wouldn’t say that I caution you. Just read my review and decide for yourself if what I described will work for you.

Addons you could see in this review: