V Speeds – the most important speeds in aircraft operations. Vs – stall, Vne – never exceed, Vx and Vy – climb… always remember the correct values for the plane you fly. 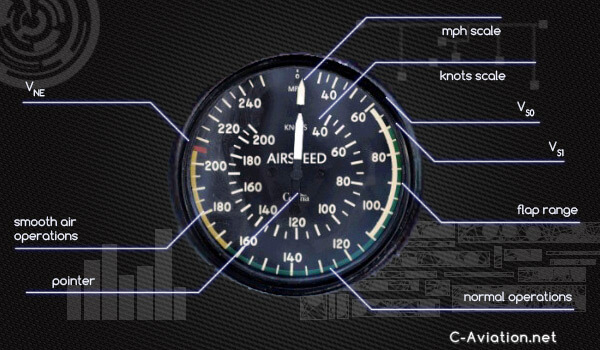 Vs – stall speed; minimum speed of straight and level flight when aircraft is still controllable. Remeber that banks and G-force increase stall speed (accelerated stall speed is described as Vsacc).

Vs0 – stall speed in landing configuration. Stall speed for straight and level flight with extended flaps and gear. Lower than Vs.

Vs is usually given for Maximum Takeoff Weight – the actual stall speed will be lower. Treat it as a safety margin and do not try your chances at or below Vs. 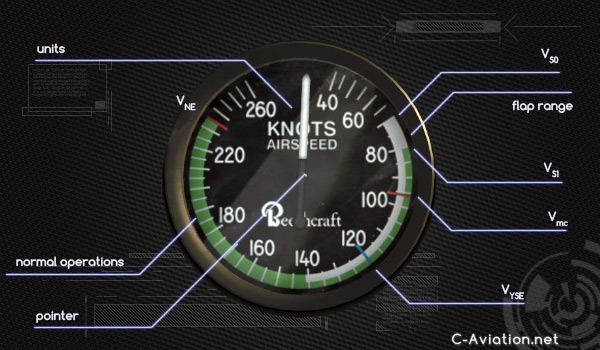 Vne – never exceed speed. Marked with a red line on your airspeed indicator.

Vfe – maximum flap extended speed. (the end of white arc on airspeed indicator). Check your aircraft manual for information whether it concerns all flaps settings or a specific range of flaps settings. For example Vfe for Cessna 172 is 85 knots (and white arc ends there). But a safe speed for flap extension (the first notch) is 100 or 110 depending on a model. The manual can also specify additional restrictions – for example maximum flaps extended speed may be higher than maximum extension or retraction speed. 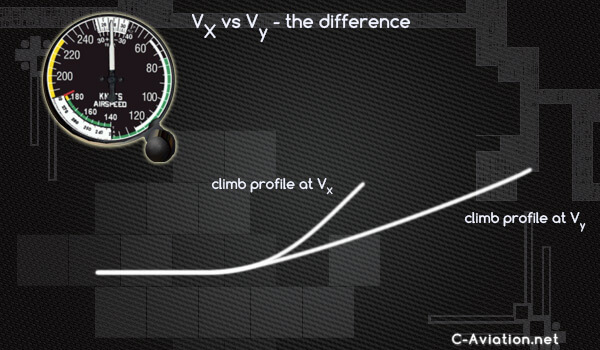 Vx – best angle of flight speed. Useful when there are any obstacles on the way. Gives the best altitude gain for the distance traveled.

Article Name
V Speeds - Learn To Fly (#4)
Description
V Speeds - the most important speeds in aircraft operations. Vs - stall, Vne - never exceed, Vx and Vy - climb... always remember the correct values for the plane you fly.
Author
Wojciech Przybylski
If you find this text interesting - share it with your friends!
Follow C-Aviation.net on Facebook.
If you like my reviews and tutorials - you can support this blog.