Read about my flight around Storm Bay, Tasmania, Australia and learn how to plan your route and navigate using a map. Use this as an easy nav exercise. 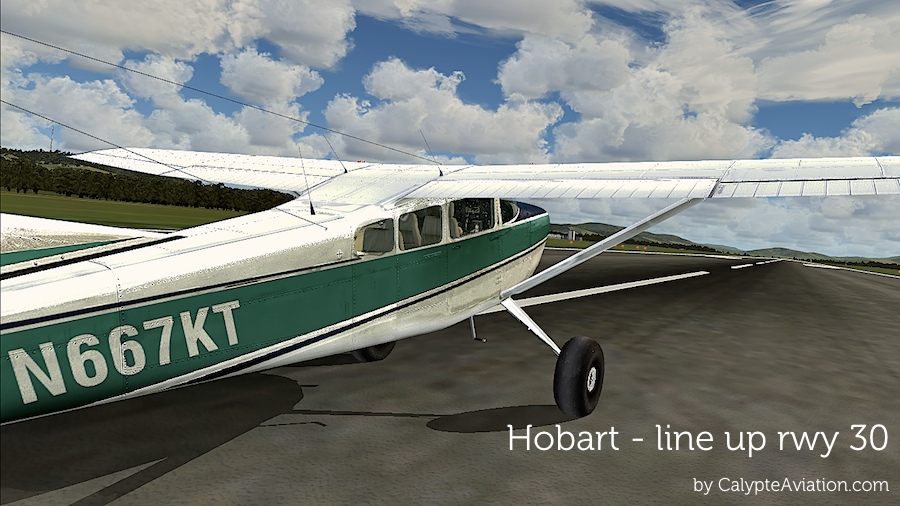 I am flying over ORBX FTX Australia SP4 (you can also use a freeware demo that includes Tasmania) and freeware add-on airfields downloaded from aussiex.org. I took a Cessna C185F by Carenado, it is a good plane for such trip but you can use any general aviation plane that does not require a long runway and has even slightest bush capabilities.

I planed this flight using a high resolution map scans and skyvector.com. I will be going around YMD-316 airspace – it is a training zone for Hobart airport starting at sea level and reaching 5000ft.

I felt that it may be more interesting if I show you just plain maps without my heading plotted on them – you can look for all points I will mention.

I am flying ofer the beach, Dodges Ferry and then east – heading for Dunalley.

I stopped three times along the route – at Lagoon Bay, Bruny Island and in Sandfly. All this airstrips (and a lot more) are included in Aussiex.org packages. The quality of this airstrips varies but you can expect a simple photoscenery and a sloping runways at each of them. You may find it harder to land here then on a standard FSX airport.

I tried to choose such waypoints that will be easy to recognize (even from a distance) and close enough to fly from one to the next after locating it visually. Beeches, towns and rivers seemed as the best choice in this region. Twice I flew along a road. Main roads also make convenient navigation aids.

From Dunalley to Blackmans Bay and Blackman Plains where the Lagoon Bay airstrip is located. Further on west over Forestiers Peninsula heading for Murdunna and then over Norfolk Bay to Deer Point. 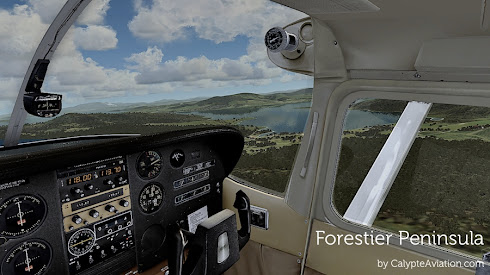 Coastline features and rivers are usually easy to recognize in FSX. You can also depend on towns and road network if you fly over a good scenery – FTX Australia is suitable for this kind of flying.

Bruny Island on the left. White Beach is a distinctive place before I fly out to the Storm Bay. I leave it on my left while flying over Roaring Bay Beach. Cliffs of Variety Bay help my find my way over water. An isthmus on Bruny Island shows where Bruny Island airstrip is. I depart Bruny Island to the north heading for Missionary Bay and Barnes Bay.

Thanks to a good weather I do not have to use compass during this flight. The visibility was great and I could see the other side of Storm Bay as I was flying over it’s waters.

Look around as you fly

When you are flying over waypoint that can be mistaken with a different place – try looking from different angles. That helps to correctly identify terrain features.

North West Bay leads me to a river bearing the same name. I follow this river to Sandfly where I find a small airfield with a sloping runway. Then east to Kingston and north to Hobart along the motorway. I cross Derwent over the Tasman Bridge. 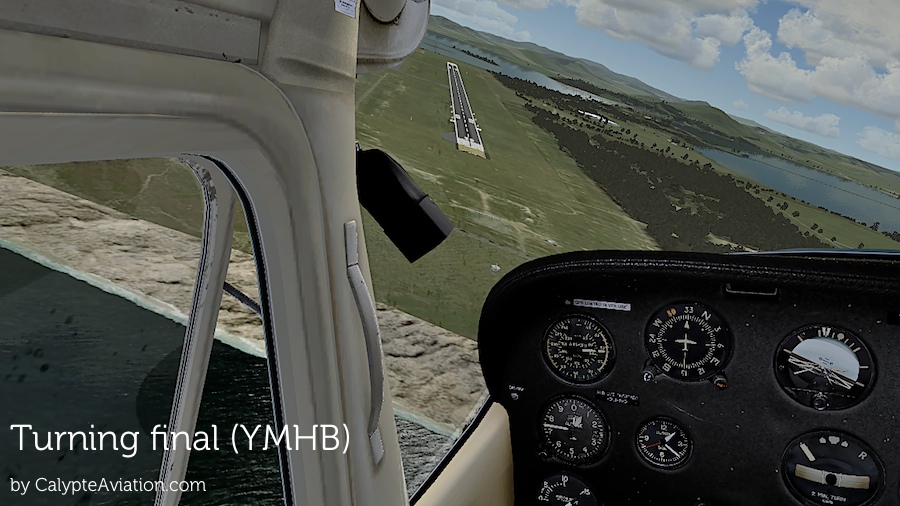 Payware add-ons you can see in this text:

Article Name
Storm Bay - VFR route around Tasmania
Description
Read about my flight around Storm Bay, Tasmania, Australia and learn how to plan your route and navigate using a map. Use this as an easy nav exercise.
Author
Wojciech Przybylski
If you find this text interesting - share it with your friends!
Follow C-Aviation.net on Facebook.
If you like my reviews and tutorials - you can support this blog. 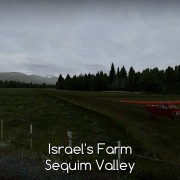