How to make sky and clouds prettier in FSX or P3D? Envtex has an answer. But there’s more – aurora borealis, HD grass, airport textures and waves! 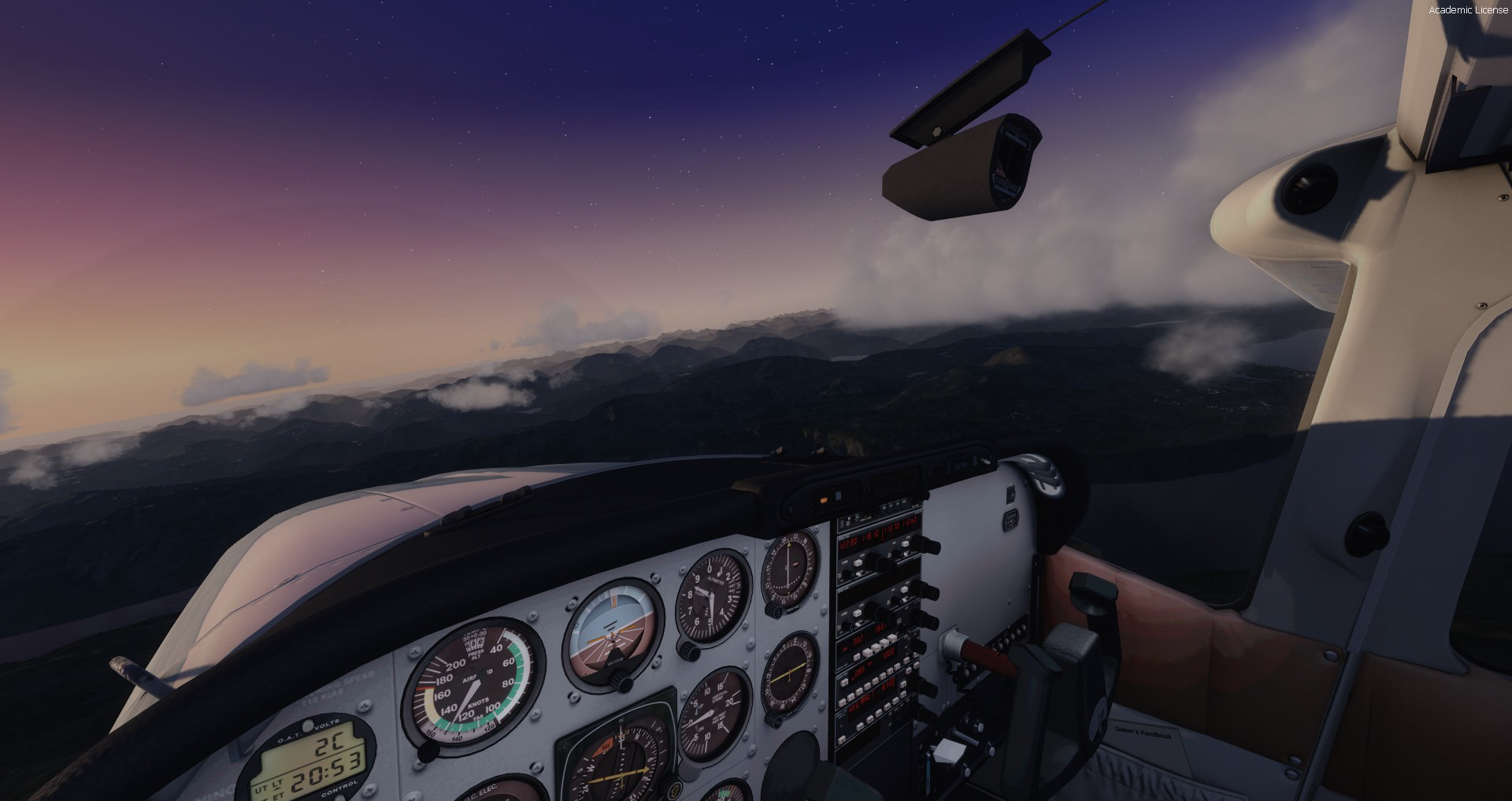 Envtex changes textures in a flight simulator software (supports FS9, FSX, and P3D). It replaces the original low-resolution images with high-res ones. For every texture, the user adjusts the image choosing one of several options and selecting the resolution that fits his PC in terms of performance.

I can’t avoid the comparison to REX software that has a similar scope. Both companies show a different approach in several fields. Envtex provides a narrower variety of textures, which actually may not be a flaw (I’ll get back to this point later).

Envtex software is lighter and more stable and generates aurora lights. On the downside – it does not deal with lights wich REX does well.

Envtex has no significant competition among freeware add-ons. Packages of replacement textures are free, but there is no single and complex set that would replace what Envtex does.

Texture replacement – why would one need new textures?

It’s all about the way your sim looks. New, high-resolution textures make clouds crispier and improve the view from the cockpit. New (and changeable) sky colors remove the monotony of the same light-blue sky that FSX and P3D offer by default.

The original textures for FSX date back to 2006 when hardware was the main issue limiting FSX performance. To save resources, developers used small images only and restricted the choice.

Waves in FSX and P3D also use single image files – here it’s where I notice the biggest improvement due to Envtex – these are the best waves I have flown over in my P3D.

I enjoy the new textures for airports (concrete) and for grass (everywhere). Although the grass is available as freeware package I appreciate the attention to details that TOGA Projects shows by incorporating it.

There’s more than quality and resolution.

With Envtex user selects from several collections of textures  (10+ sometimes). I often change the sky textures. Their names suggest when to use them, but I encourage you to discard the suggestion and play with this choice. What’s available?

Each set has textures for dawn, day and dusk. With each set, the looks of the sky in the sim changes. It was at dawn and dusk when I observed the most significant difference between various sets, but day sky also changes from light and desaturated to strong dark blue.

Likewise, I play with cirrus clouds. They are boring with a single set of textures displayed over and over. Envtex provides two. Not enough as I need at least 4 or 5 options. Envtex only changes cirrus from cirrocumulus to wispy clouds.

I never touch my waves. These are my favorite. During my tests I tested every option – some look calm, others seem dangerous and threatening. With my style of flying, I stick with the universal Set 5. But I may change it if I chose to fly more in Alaska in winter.

Update. I’ve finally found Aurora. I’m not sure if I changed something in my settings (PTA maybe? Different ENVTEX installation?) but the Northern Lights appeared in my P3D. It’s beautiful. 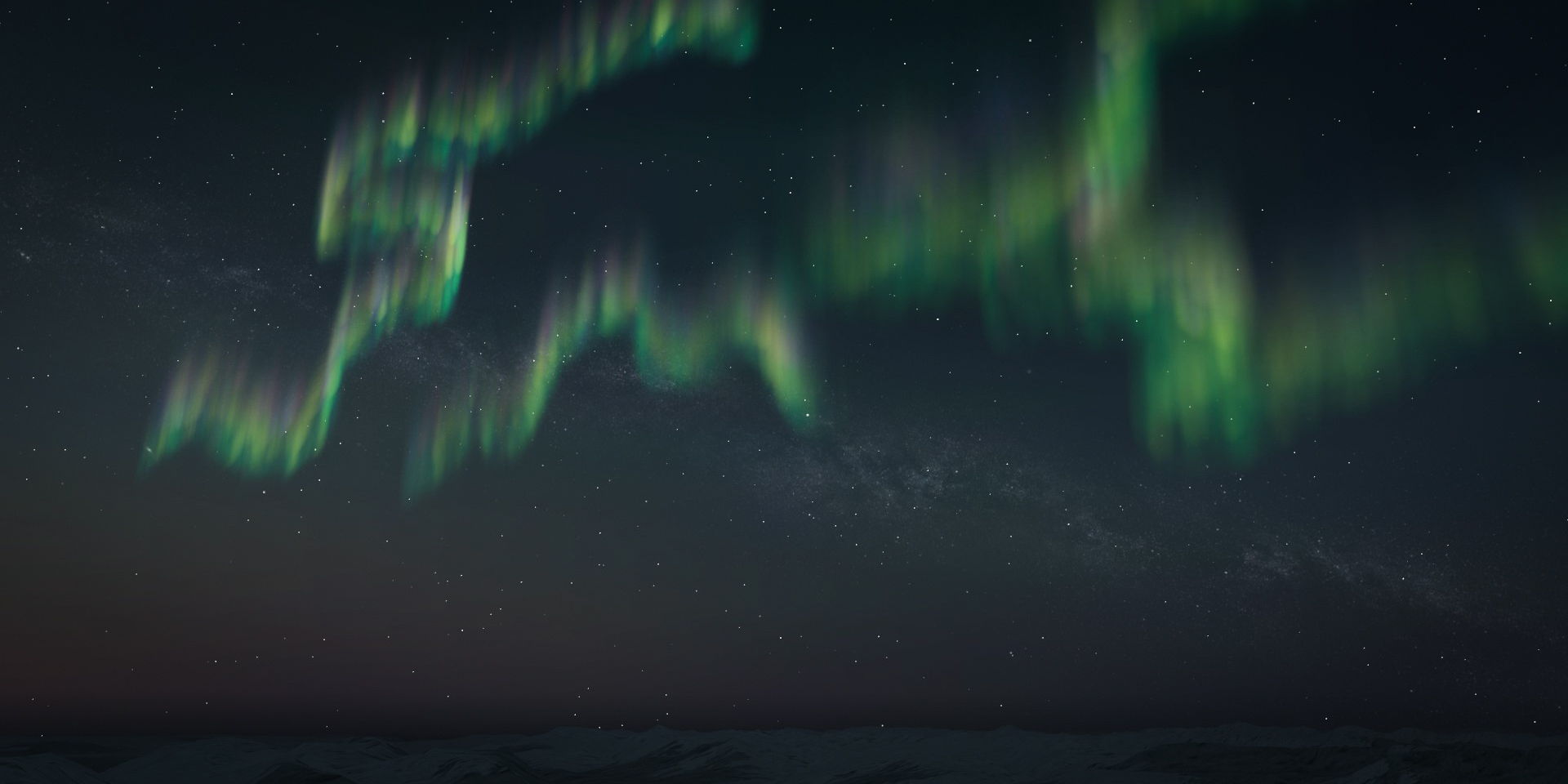 What Envtex excels at is the customization.

I can disable each feature and choose the performance impact for virtually any texture. Only the 32px images for the sky cannot be optimized any further. With this knowledge, simulation optimization was much easier.

This review wouldn’t be complete without a detailed comparison with Envtex’s direct competition – REX. All those products (I refer to Envtex, REX 4 TD, and REX SF) are doing a good job replacing textures. I can’t choose any of those based on the textures itself. Envtex installed grass (REX did not), but I had nice grass before I had Envtex. REX replaced airport lights – with those I constantly struggled and had to overwrite them with freeware package. . Autora was nice! What I mean – no single feature in these programs made me say – it’s better because it has the…

The program itself is where I recognize Envtex’s superiority over the competition.

They lead in user experience. Envtex is stable, it’s customizable, light, fast and easy to use.

Clarification by Maxime from Envtex team:

“Envtex actually does deal with lights, it’s included in the “special effects” feature but as there’s no customization available, it’s probably why you didn’t know, only the user manual is talking about that in the features details.”

I did not comment on the lights from Envtex because I did not notice them. With my (bad) experience of REX’s lights – I’m glad I did not. That means they are fine.

The fewer the better?

Earlier I mentioned Envtex’s limited choice of sets (as compared to REX products). It’s a flaw, but an advantage too, so stay with me on this. Several years ago I used REX Essentials Override. It had stacks of options. 60 sets of clouds to choose from. I did not understand what was the first one when I reached the 15th. I don’t think I ever had the patience to browse through these options. Later REX used fewer options (in REX 4 TD). This was a good idea!

Smaller choice meant that I wasn’t overwhelmed with the task. I need to have 7-8 options and I hate to have less than five. This means I would like to have more options for tropical waters (where the bottom is visible). 4 options (two sets with each provided in a vibrant and dull version) do not make me happy (with the choice I had). But one of those sets works for me well.

The main interface is clear and well designed although shows none aesthetical quality. Sidebar menu needs improvement as it slides into the interface and covers options. That confused me when I first used the program.

Envtex costs 25 Euro (depending on your local tax) in Simmarket. To install it – just download the software with all updates from the store and run the installer.

I use Envtex. The difference between REX and Envtex is slight. Considering that there are merely two serious players on this market – convincing me to use their software instead of REX (while I have all the products from REX line!) was a great achievement by TOGA Projects. I am impressed and I am eager to see what they will show in the future.