Two weeks ago I brought you an in depth preview of the attention to detailing encompassed in the virtual cockpit of the upcoming PMDG 747-400 Queen of the Skies II.  Thank you for all the discussion and compliments- we have appreciated them!  The product is moving ever closer to beta testing, which of course is just doubling to seasonal pre-christmas torture on our beta testing team.  They are just itching to get their hands on the product and we are very close to letting them do just that!

Today I have an unusual middle-of-the-day update for you!  (Normally I seem to be making my updates around 2a for some reason… hmmmm…)

For the image cycle this week, I asked Jason to throw together a compilation of images that brought to mind the sorts of images you would see if you were out plane-spotting your local 747 enabled airfield.  What would you see?  I thought that these images, combined with a few in flight images to show some details, would give you a good taste of what you are in for with the Queen of the Skies II…

For starters, I think we can all admit that, when moving on the ground, the 747 has always had all the grace of an elephant in a swamp.  Slightly pudgy, sort of squat-ish, not quite ugly, but not beautiful either.  Get that 747 flying, however and suddenly she seems transformed into a sculpture of form and beauty that just sings magnificence.

Or at least, that is how **I** have always seen it.  Your mileage may vary.

This image captures the moment of transformation beautifully.  Just taken to the air, gear tucking slowly into the bays, nose pointed toward the setting sun as she sets out on a long journey to points beyond the horizon…  You can almost hear the growl of those Rollers under-wing, can’t you? 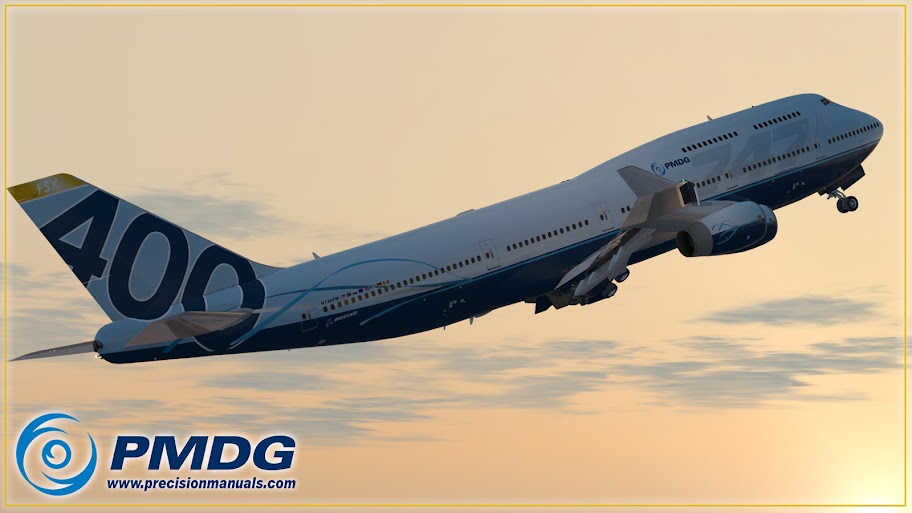 This is always a favorite image for plane spotters, and I think it shows very well the detail and proper scaling of the model we have created for you.  Everything works as it should, from a completely new wing flex model, to an entirely new design on wing bounce that is based upon changes in airflow over the various segments of the wing.  (A custom flight model lets you do that…)  The gear and flaps are properly scaled, but also have all of their inner workings correctly modeled in order to make certain that they operate just as they do on the actual airplane.

Ten years ago, it was okay to simply make a flap and animate it, but now we simulate the entire inner workings from the hydraulically driven jack screws, to the pneumatically driven scissors that extend and flex the leading edge devices during extension.  And you get to see it all, accurately animated and in proper timing and sequence.

An airborne image this time.  Look closely at the subtle shaping of the fuselage along the roof line and the aft portion of the upper deck.  We have gone to great lengths to give you unparalleled accuracy in the 747-400 in order to please even the most die hard fan of the type.  The detail work around the rather blunt nose cone, the wing fillets, the engine pylons and the business-like taper of the wing leading edge is all modeled with incredibly attention to detail.

By the way:  It is worth pointing out that these lighting effects are all FSX-retail edition, and the screen captures are untouched.  I will have some images for the Prepar3D users that involve that platform’s significantly more complex lighting model, and it really brings out the beauty in our P3D model….

Speaking of finer details:  Here is an image taken with the Pratt powered airplane, to show you some of the subtleties of the winglet leading edge.  Notice how the lighting brings out the subtle surface shape changes around the flush rivets that mount the aluminum leading edge.  Note the imperfections in the patintwork around the leading edge, which is typical for in-service airplanes that have had panels removed/paint stripped and reapplied during inspection cycles and over the course of service life repairs.

This is the kind of detailing that really brings the airplane to life because it all just…looks…right.  We have tried very hard to strike a balance between the kinds of details you would find on a working airplane, without making the airplane look like it is ready for the cutters torch.  I think Jason has done a really fine job of striking that balance in order to allow the livery painter to choose easily a clean and freshly painted design or a slightly more worn look, without having to change much other than the fuselage and large surface area layer details within the paintkit.

While we are here, one of the things you will notice is that we have paid pains-taking attention to little things around the engine.  Some of you eagle-eyed 747 lovers will notice something we got correct on this airplane that was wrong on the previous product…  We are sparing no effort to make certain the details are perfectly accurate for you on this release! 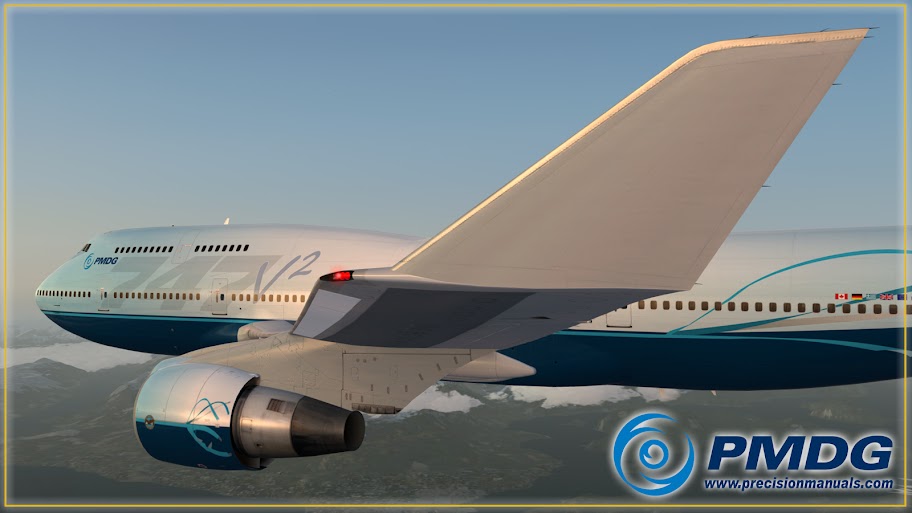 If you spend much time around 747s, you are invariably going to spend some time in the dark, so Jason has put quite a bit of effort into making certain that she looks right in the dark too!

The night lighting is still be tuned, but we expect to wrap this up pretty shortly- and it already looks absolutely superb.  The reflectivity and strobe effects are really quite fun to see from the flight deck, especially when you have all the panel and flood lighting set properly for a nice evening departure from KSFO, KJFK, EGLL or the like.  The ambiance is hard to beat!

Some folks have asked if we are going to model some of the carrier-specific landing light options:  We are evaluating this at the moment and I don’t have a clear answer just yet.  As always- if we find that we can do it without creating a ton of overhead- we probably will….

One of the interesting aspects about flying a 747 is the manner in which it leaves the ground.  Most airplanes provide you with a very clear sensation of having left the ground and commenced climbing away from the runway.  The 747 is different.  It sort of…  pauses…  a moment…  almost as if visibly making up it’s mind to do as you have asked.

This sensation comes about in part because of the design of it’s main landing gear, shown in detail below.  As the airplane rotates, it transfers most of it’s weight to the wings as the angle-of-attack increases, but a large part of the weight also gets transferred to the body landing gear who serve as a bit of a lever to allow the airplane to attain a higher angle of attack than might otherwise be possible without them.

This was one of the hardest aspects to animate properly and I dare say we did not get this correctly in our previous 747 version.  This time however, we have gotten it right and it will tickle the fancy of anyone who has ever delighted at watching the landing gear of the 747 as it departs or returns to the runway.

Each gear strut oleo, and each gear truck is individually computed with reference to it’s own interface with the ground, how much weight it is carrying, etc.  They all behave independently, and we have created an entirely organic computation process that allows each of the landing gear to behave in it’s own way based entirely upon the stresses and ground contacts it experiences at each of the four tires.  It is hard to describe precisely what this means for the animation- but I will try to work up some video so that you can see what we mean- it really is spectacular to watch.

The computations that control the animation are also responsible for extension and retraction in both normal and alternate extension modes.  The devices that control the motion of the gear are simulated, including the fluid flow bypass restrictors that keep the gear from free-falling into position during alternate extension.  The motion of the gear during extension and retraction includes the speed of motion, including points where the speed changes during the swing…

It is all there…  and most of it you probably won’t be able to discern precisely other than to say, “yeah- that looks like the real thing.”  And that is ultimately what we are after…

I think we shared this with you in a previous update, but here is another geeky-fun example of independent gear physics and computation…  This airplane is touching down in a crosswind with the left wing high.  You can see she has begun to settle onto the right oleo strut because she has all four wheels down on the right main landing gear, but the left main still has another 18″ or so to settle before it will be in full contact with the ground.

The physics and computational dynamics behind the landing gear interface with the ground, along with it’s effects on animation, took over a month to complete…

And there are failure modes too.  Last night I test flew the “you struck FOD with one of the gear during takeoff… how long is it going to take you to figure out what the problem is?” modes.  No sensation from the flight deck, but the gear handle locks in place and you get a TILT caution related to one of the gear trucks, along with status messages for various aspects of the brake systems…  (You DO occasionally look at the STATUS page, right?  Lots of goodies there…)  then a tire pressure advisory message… followed by one of those status messages getting upgraded to an advisory when you set the autobrake for landing.

I would be remiss in failing to show a bit of love for the 400F!  This beauty is nearly finished and we are working on some interesting new features for all of you cargo haulers.  You will get a mix of F, and BCF variants, along with all of their quirks and warts…  Jason and I will cook up a full featured review of the freighters here in the near future…

[Edit:  I was in such a rush to get out to my doc appointment to renew my airman medical that I completely forgot to include the image of the 400F!  Ooops… here it is!]

And I promised you some information on performance and VAS use too- and I will slip it in right here at the end to see if anyone is paying attention:  We have begun the process of optimizing the airplane for the release cycle, and over the past two weeks we have seen a dramatic improvement in performance.  Last night, in my normal test environment I was running the 747-400 from the Virtual Cockpit at around 60FPS nearly full time. (You can compare to my previous post from two weeks ago.)

And right now VAS use is about 240MB below the 777…  and we are still optimizing…  In fact, here are my VAS numbers relative to the NGX:

I’ll have more information on this later… 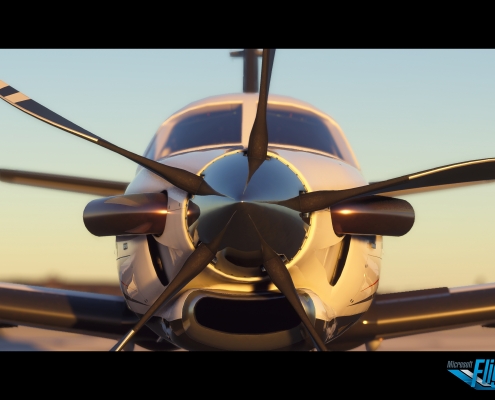 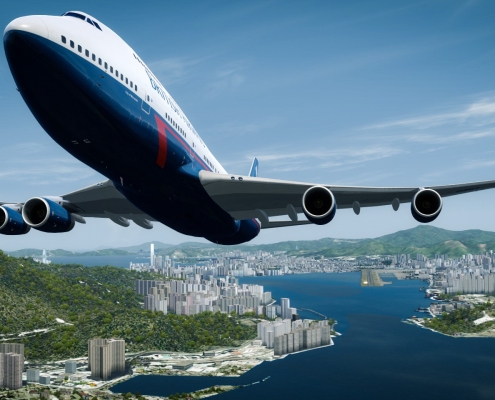 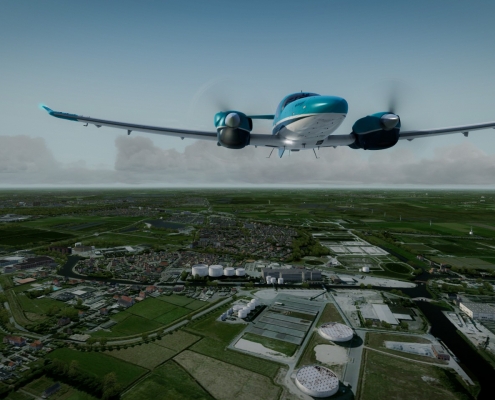 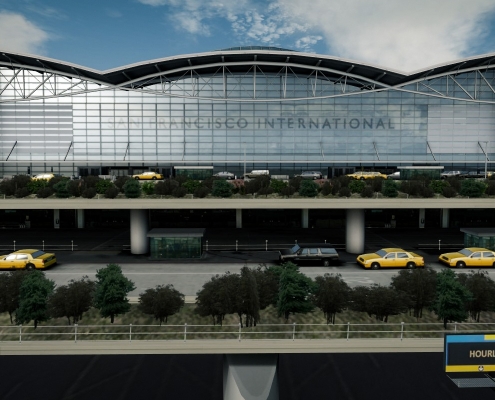 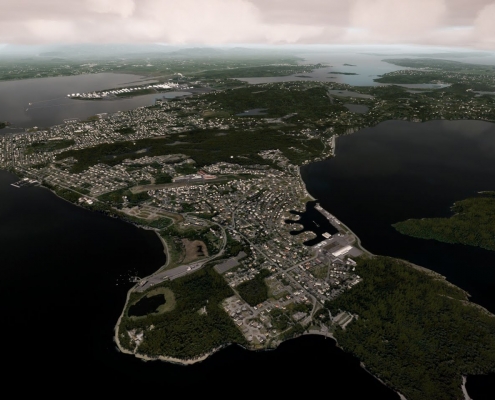 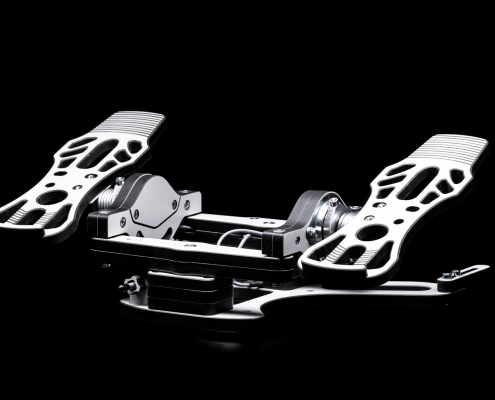 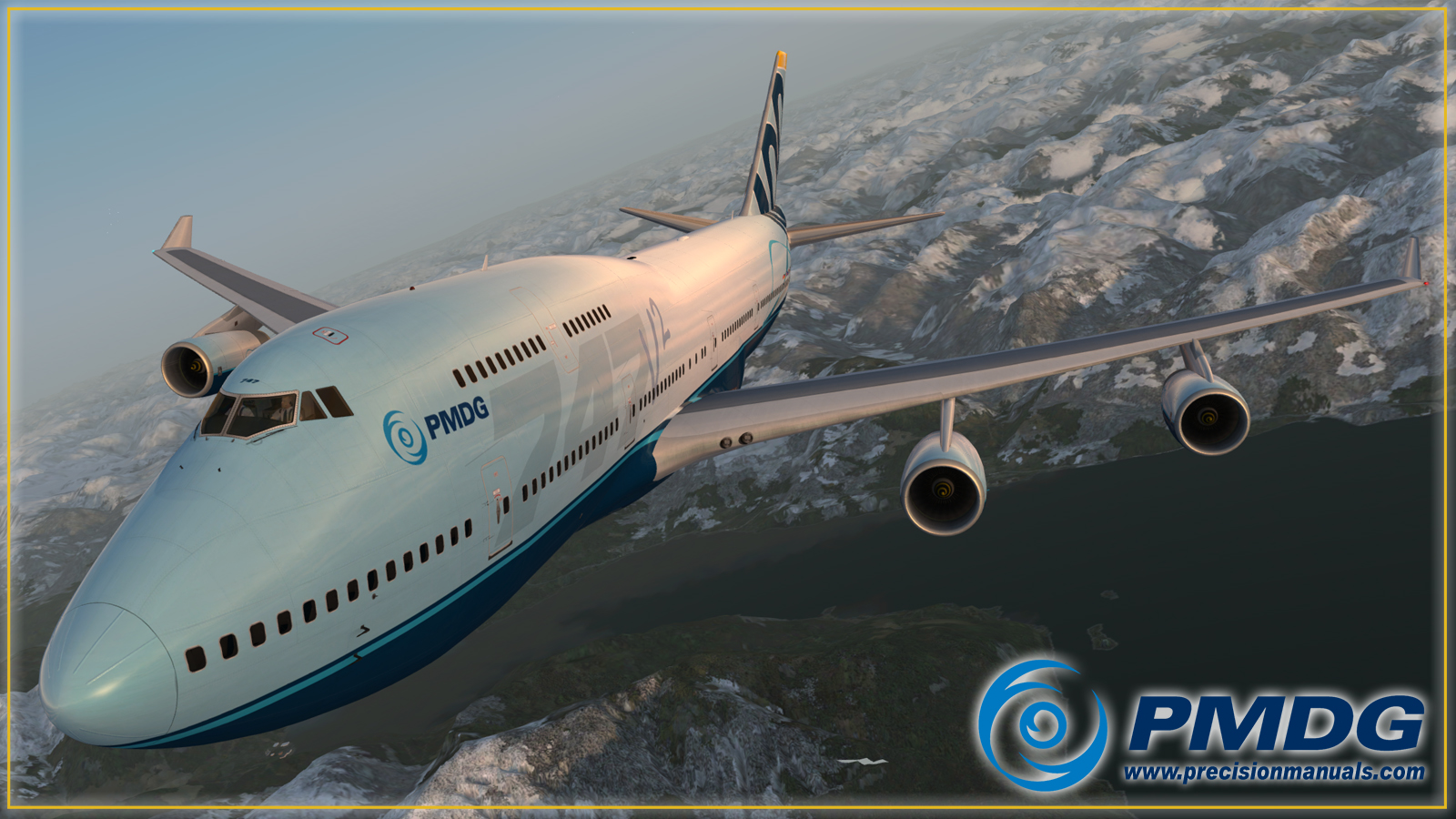 Article Name
A Whole Lotta 747-400 Goodness!
Description
PMDG's Robert S. Randazzo published a huge update on the upcoming PMDG 747 Queen of the Skys II.
If you find this text interesting - share it with your friends!
Follow C-Aviation.net on Facebook.
If you like my reviews and tutorials - you can support this blog. 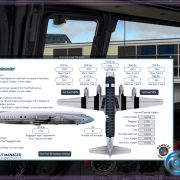 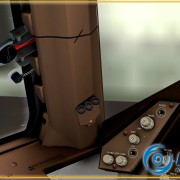 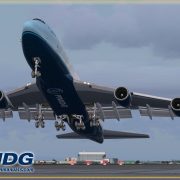