Military aircraft callsigns. How Air Force F-16 is called on the radio? And what callsign does a C-130 use? 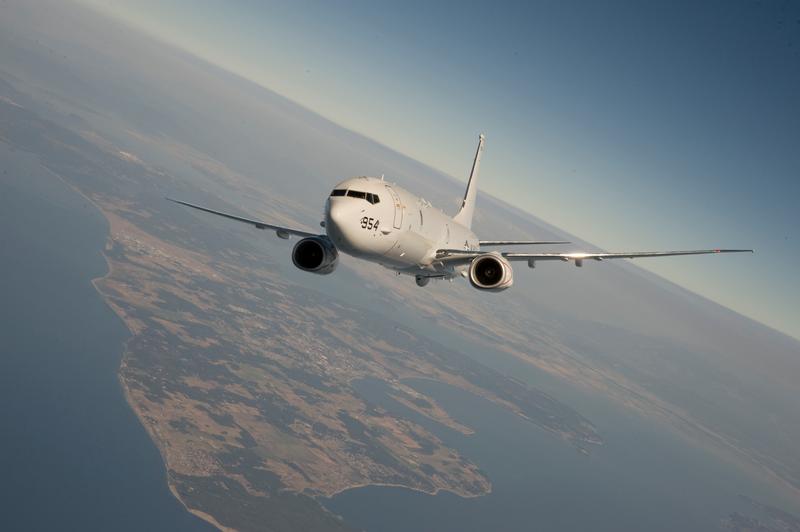 I will start with military organizations that are registered in ICAO database and use in the same way as airlines do. Then I will move to operators that are not registered but follow ICAO rules on callsigns. At the end you will find information about tactical callsigns.

It is not my intention to make a list of all military or government operators. Wikipedia airline code list includes almost all government and military operators registered at ICAO. For several codes that are missing in Wiki – search here at avcodes database.

Large number of military organization registered their codes at ICAO and for some of their flights use the same callsign convention as civilian airlines. Here are some examples of countries which use an ICAO code for their air force.

Of course there is a flight number following the code – so the full callsign would look like this (for example) FAG413.

Some countries went even further and registered several codes for their military. For example Belgium, Brazil, Germany and Denmark have separate codes and callsigns for their air force, army and navy. Poland uses two codes – for the Air Force and for the naval aviation (Army does not have its own code and ICAO callsign).

British government registered over 30 callsigns at ICAO. Actually it looks like they have registered some tactical callsigns.

The most common callsigns of the Royal Air Force are RFR (RAFAIR) and RRR (ASCOT). The latter is used by RAF transport planes.

The Royal Family flies as KRF (KITTYHAWK) or KRH (SPARROWHAWK). The first indicates British military aircraft and the second is used when a member of the Royal Family (or other VIP) flies on board of chartered civilian plane. When KITTYHAWK plane is repositioned – it may fly as KITTY (RRF).

Some RAF units and bases have their own callsigns, which are usually based on the name of the base. 32nd (Royal) Squadron in Northolt uses NOH (NORTHOLT), Kinloss – KIN (KINLOSS), Leuchars – LCS (LEUCHARS), and Caltishall shortens its name to COLT / COH. There are exceptions from this rule. Waddington uses WAD but is called VULCAN – this callsign is based on Vulcan bombers that were stationed in Waddington during the cold war.

Some units of the american military use ICAO registered callsigns. Civil Air Patrol uses CAP (CAP). I am not sure how common is the use of CAP – some aircraft of the CAP what I followed online used their civilian registration as callsign.

Air Mobility Command uses RCH (REACH). If you see a C-17 or C-5 abroad it will usually fly with this callsign (both RCH and tactical callsigns are in use over the US).

AIO (AIR CHIEF) – is the callsign of USAF Chief of Staff.

PAT (PAT) is used by Priority Air Transport (Department of the Army). Military Gulfstream aircraft sometimes use this callsign.

Similarly to AMC of the Air Force Navy uses CNV (CONVOY). I like how it fits the Navy.

Neither the Air Force, or the Navy does have an ICAO registered callsign for their aircraft.

Just as the British, Russians use different callsigns for their combat aviation and transport fleet. RFF (RUSSIAN AIRFORCE) is used for aircraft movements. 223rd and 224th Aviation Unit use CHD (CHKALOVSK-AVIA) and TTF (CARGO UNIT) respectively.

Some codes do not have their callsigns. Like the FPR of the Peruvian Air Force.

Many callsigns and codes follow the general idea of ICAO codes and complies with ICAO flight planning requirements (7 character limit in the callsign) but do not use the registered code.

Germans use GAFMED (+1 digit) for medical flights. Actually – it is their ICAO code + MED + 1 digit.

I have seen Hungarian planes flying with HUAF (+3 digits) callsign (ICAO registered code for Hungarian Air Force is HUF). The same can be observed in case of Turkey – TUAF (instead of HVK / TURKISH AIRFORCE).

Tactical callsigns that are within the 7 character limit

Today most planes use ICAO-compatibile callsigns even if they use tactical callsigns. For example P-8 (naval variant of the 737) uses (among others) PELCN+2 digits. It’s 7 characters long and its easily translated to PELICAN.

Have you ever seen a war movie where someone calls an F-16 as “Danish Air Force 11”? It never happens. F-16 has to have a fancy callsign… How does it work in the real life?

DNGO is used by Australian King Airs and DRGN belongs to KC-30A of the RAAF.

There are thousands of recorded military callsigns (you can search them in google or in this database). Usually they are short. Sometimes they are shortened (as I described earlier) to comply with software or documents.

If you are looking for Ghost Rider – like in Top Gun movie – you may have hard time finding it in US military. But there are GHOST WALKER and GHOST KILLER callsigns – both in use by the US Navy.

I did not find any strict rules of how the callsigns are created, but some of them are associated with the aircraft or the mission – like NEMO for a maritime helicopter. Tanker aircraft of the USAF often use callsigns related to fuel – EXXON, OILER, OILGATE, OPEC, SHELL, TEXACO. But they also use many other callsigns that have nothing to do with the oil industry.

I did not see a difference between combat and transport plane callsigns. ANVIL was a callsigns of E-3B AWACS, F-16 fighter and C-130 transport plane. BULLET was used by naval F-18, F-16 and A-10 of the Air Force. MH-53 – heavy transport helicopter also used BULLET. GHOST was used by various U.S. units flying A-10s, AC-130s gunships, B-2 bombers, E-2C AWACSes, F4s, F-15s, F-16s. It was also used by Duch Air Forceand by the Luftwaffe.

EVAC, MEDEVAC are used by the US Military for such flights.

There are some codes that (as far as my research shows) U.S. military uses only over the U.S. (and sometimes over Canada):

For example – Air Force One would be coded as A1. But you will find AF1 too.

Similarly – I have found some USCG helicopters flying as CG while others were flying as C.

Numbers in the callsign

There are no strict rules on how the flight number should be created but there are some common practices.

Whenever a 1 or 01 number is used with the air force callsign – you can expect a head of state flight or something of a similar importance. (but it is not a rule).

For combat plane flights the number is often taken from the flight documents, orders or diplomatic clearance.

Tactical callsigns and their numbers

The numbers depend on the unit or mission organization. Sometimes 1 or 01 numbers are associated with the unit commander.

A, VV, VM etc. follow the same rules as other military callsigns. Because of the huge number of planes in USAF they often use tail code and aircraft tail number. For example VVLL428 (NAVY LIMA LIMA 428) would be naval P-8 (tail number: 428) belonging to the VP-30 in NAS Jacksonville (tail code: LL). In some cases (like P-3C) the tail number can be shortened. I am not sure if the practice of shortening P-3C numbers to two digits was a standard practice or if it was introduced when P-8s were mixed with P-3Cs in the same units to easily distinguish between the two.

This is a summary of my notes and this text is still a work in progress. If you have any interesting information about military callsigns – please share it with me. You can message me on facebook.

Article Name
Military Callsigns
Description
Military aircraft callsigns. How Air Force F-16 is called on the radio? And what callsign does a C-130 use?
Author
Wojciech Przybylski
If you find this text interesting - share it with your friends!
Follow C-Aviation.net on Facebook.
If you like my reviews and tutorials - you can support this blog.